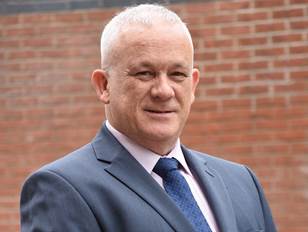 Chair of the Trustees Chris Thomas MBE, is the Deputy Director of HM Coastguard.  He has worked in the emergency services for nearly 40 years and began his career with the ambulance service in Bournemouth before joining the Maritime and Coastguard Agency (MCA) in 2002. During his career he has led on operational functions of ship survey and inspections, HR strategy and HM Coastguard search and rescue coordination.  He has also been one of the organisation’s inclusion champions promoting issues of diversity and equality and particularly campaigning to increase women’s roles in business and improving female representation at senior levels.  Chris worked closely with Stonewall to support vibrant LGBTQ+ initiatives across the MCA and continues to champion under-represented groups and networks. Chris has spent the majority of his life living in the Bournemouth area.  He studied at Bournemouth University Business School achieving an M.A. in Human Resource Strategy and is a Fellow of the Chartered Institute of Personnel and Development.

Any cookies that may not be particularly necessary for the website to function and is used specifically to collect user personal data via analytics, ads, other embedded contents are termed as non-necessary cookies. It is mandatory to procure user consent prior to running these cookies on your website.